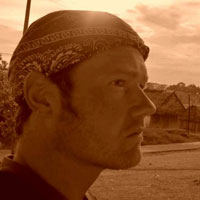 Iquitos! the biggest jungle city in the middle of the Amazon. You would think that the isolation and the almost half a million people living here would resolve in it being a place of endless crime, nonetheless, this city has yet to experience a violent crime and remains one of Peru’s most visited places in the Amazon.
Outside of the city, about 7 km, there is a zoo worth checking out, surrounded by a lake. It makes for a nice day trip for getting away the constant noise of the Peruvian moto-taxis and for cooling off from the never-ending humidity of the Amazon basin. some of the reasons people come here are for the Jungle experience and to try the natural drug ayahuasca that is extracted from some kind of wine or root from the Amazon Jungle. It is used, mainly by medicine people also know as Sharman’s and is a hallucinogen. I explored this remote region with Johan and Greg, a Polish and Swedish guy I had met on the boat coming here. We wanted to take a trip into the jungle, and camp there for a few days.

You will see a lot of agencies offering good trips to the jungle but the prizes are blown out of proportions because the average tourist that comes here for only one or two weeks’ vacation does not really care about paying twice as much as long as every little thing is served and taken care of for them.
We all wanted to avoid that so we started organising our own trip, by interviewing local guides and buying all the necessities at the central marked that we would need.
At first, all this seemed like a good idea, saving money and actually doing everything yourself, but the whole process of dealing with every little detail made it very exhausting before the trip had even begun.
As I and Greg were wandering around the market for supplies a sad but familiar face turned up in the crowd, Rambo, the little Peruvian guy from the boat.
At first, I thought he was stoned or drunk, but as I got a closer look I could see that he was just really depressed, after having to leave the Henry (the boat) because they treated him like shit and never paid him either.
Now being without a job and living in a crummy room, he was trying to find new work. To our luck, Rambo knew the area of the jungle where we wanted to go and we were in serious need of a guide, a guide we could trust.

A few days later we were on our way to a small town where we hired a long skinny boat with just as long an engine, to take us 5 hours downstream to a branch of the main river.
On the way, we stopped at an indigenous village where we were invited to stay with them, but we were determent to camp in the jungle. The village we saw was not as untouched from the outside world as one could have hoped for. The Peruvian government offers help to the Indigenous people by installing water purifier and providing electricity for better health and functionality in their daily routine. It is positive help, but one can`t help noticing how it makes them addicted to a way of life that they mastered, living without for centuries. The Chief of this tribe told us that they had just recently changed their original clothing for a more civilized look, wearing pants and printed T-shirts and accepted the help from the government, because it made things a lot easier for them.

We thanked for the hospitality and continued to our campground further up the river. As soon as we found it, Rambo immediately started cutting off large branches of the trees for building our shelter and setting up a fire. Later that night when everyone was sleeping, we suddenly were woken up one by one from being attacked by mosquitos and giant ants.
The ants had eaten through the thick plastic cover that we used for protection from the ground, and chewed holes in all the mosquito nets, making it an open feast for all insects.
They even manage to demolish my backpack, leaving a big hole as a nice souvenir and reminder of this episode in the jungle. I now know why the Indigenous people out here always build their huts on stills and rub them in poison, because these ants are a menace and in cahoots with the mosquito’s, but we wanted to camp in the jungle, so we did, and was basically driven out by the smallest inhabitants there.
We stayed around the fire until sunrise then packed everything and headed back to the local village where we stayed overnight.
The next day before returning to the city, Rambo took us into the primary jungle.

We walk for 3 hours and the further into the Amazon we got the more animal sounds we heard, but I personally never saw any of the bigger animals, even though you could hear them and see the tracks they had left behind. The medicine that the trees and plants in the Amazon contain is most astounding. Walking less than 20 meters, Rambo had already shown us the first 10 natural resources from plants that are used for treating various diseases. After our day trip, we packed up and preceded back upstream, a long 6 hours ride in heavy rain.

It’s the 27 of November and leaving Iquitos on another boat. The cargo deck is filled up with hammocks from local Peruvians, and three Gringos, the 3rd which I don´t know.
We all seem to be contemplating, and getting ready to spend the next three or four days on the river. I am looking up from my hammock just as we leave port, and discover a name that looks familiar
“Maersk Sealand” it reads from afar with giant letters on a container with heavy lights pointed directly at it, making it easy to see from a long distance. HOME, the first, the last, and the only thought that enters my mind as we get further and further away and the name slowly vanishes.

It took me three days to reach the port of Yurimaguas, from where I went on to Chachapoyas, an old Indigenous town in the Mountains, a nice change to the everlasting humidity of the Amazon. I visited Kuelap, an old ruin from ancient Chachapoyas culture, not to be mistaken for Inca. It lies 3000 meters above sea level on a hillside, overlooking every corner from overhead.
A fortress that has the perfect view of everything, or everyone, coming from below with the advantage of the high ground, and an intimidating massive wall seen from beneath.
It is more the 600 meters in length, 110 meters in width and rises 19 meters over your head. I hiked up from the small village of Tingo in about four hours, but if you do not fell up for that challenge the alternative is to go to Maria, a village on the other side of the mountain from where there is a road leading up as close as only 15 minutes from the top.


I met a lady who lived up here providing for her four kids from the age of five to twelve. She invited me home to stay with her family, and I needed a place to stay for the night after a long exhausting hike, so I gladly accepted. She took me to her house on her mule, on a tiny dirt track. When we got to the house all the younger kids looked at me with curiosity, where the oldest boy was patching up used clothing for his siblings. Most of his upper body was covered with scars from having dropped boiling water onto himself.
In the evening he would take his sister and his youngest brother to school further down the mountain, holding the mule in one hand and a flashlight in the other.
This boy is only twelve years of age and the oldest of them had crowned up having to be the other parent, taking care of the rest of his family with his mother, as they had never known their father.

Electricity and TV do not exist up here so they were fascinated with my small media player that I carried with me, and Sponge Bob Square Pants remained a big hit throughout my overnight stay.


Next morning I spend a couple of hours at the Fortress before going back down the mountain and back to Chachapoyas. I met two Aussies there, Joel and James, James which I had met earlier in Iquitos. I was heading up North to Ecuador but was invited to join them both down to Cajamarca, for what also turned out to be the worst bus ride ever. Twelve hours of crossing the mountains, where we stopped for one night in Leymebamba and visited the Mummy museum that has several hundred mummies and artefacts on display from the Inca and Chachapoyas time, that was found in Lake of the Condors.

TO BE CONTINUED...
Back To Top